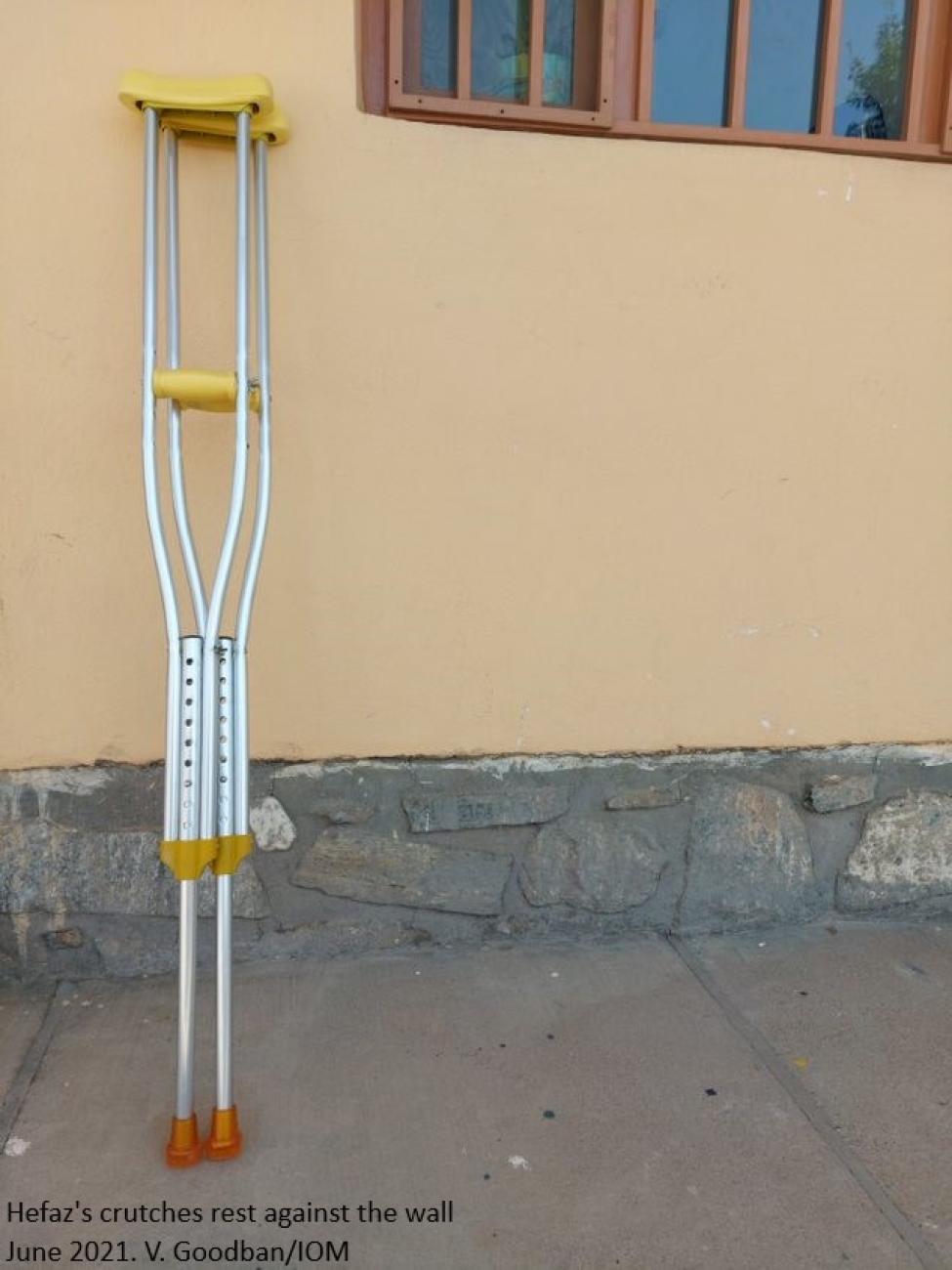 When I meet Hefaz*, he looks a little pale. The shock of a broken leg is taking its toll and he’s propped it up on a chair to ease the swelling whilst we talk.

Hefaz (21) was working on a building site in Iran two days earlier when he fell from a scaffold, breaking his leg badly on landing. Shortly after, the police turned up on site and arrested him for working without legal papers. He was promptly deported back to Afghanistan without any medical attention, and with many of the wages he had earnt still unpaid by his employer.

Hefaz had managed to find work in Iran six months earlier to support his family in war-torn Sar-e-Pul province, northern Afghanistan. The meagre remittances he could send home supported his family, including two younger sisters and an elderly father who can’t work anymore. “There are no job opportunities in Sar-e-Pul to work and support my family,” he says with regret.

He can’t be sure, but it may not be pure coincidence that the authorities turned up just as he sustained an injury which made him useless to his boss. Like many young men in Afghanistan, Hefaz bears the responsibility of providing for his family before he even has one of his own. It wasn’t the first time he had gone to Iran irregularly in search of work, and it likely won’t be the last. The journey and the job opportunities available expose undocumented migrants to significant risks of exploitation and trafficking – as proved by the hazardous and exploitative working conditions in which he found himself. Upon arrival at the Afghan border at Islam Qala, IOM’s Protection and Health teams made sure he received medical care to treat his wounds and transportation was arranged so he could reach the transit centre swiftly.

So far in 2021, a staggering 600,000 Afghans have returned or been deported from Iran. The majority are men of working age. Amongst those returning, however, are survivors of violence and abuse at the hands of unscrupulous employers and traffickers abroad. IOM identifies, assists, and takes action to

mitigate trafficking risks in Afghanistan and beyond through post-arrival support to victims and a comprehensive protection case management response in their province of origin for them and their families. IOM also supports the national authorities in monitoring returns of deceased bodies, and more than 160 have crossed the border this year alone – many victims of unsafe workplaces, car crashes, or fatal gunshot wounds sustained while crossing borders.

With his leg now in a cast and crutches at the ready, it’s time for Hefaz to travel onward over land to his province. He will be put in touch with local Protection caseworkers who will support his safe and dignified reintegration. The reintegration assistance includes provision of key information, referrals to appropriate services and other assistance as required via an individualized approach, putting the needs of returnees at the forefront.

Before leaving Sar-e-Pul, the security situation was not good, but in the six months he’s been away, the situation has deteriorated markedly. “When I get healthy again,” he says, “I will probably decide to go to Iran again for work.” Despite the risks, who can blame young Afghans for seeking a better life for themselves and their families?

With More than Half of Afghans Dependent on Humanitarian Aid, IOM Calls for Sustained Support

Renewing our Commitment to the People of Afghanistan

Subscribe to IOM newsletter to receive the latest news and stories about migration.